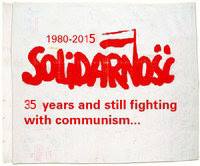 by: Maciej Swirski  – Founder and President of the Board at Polish League Against Defamation

For Americans the World War II started on December 7th, 1941.

For Poles – on September 1st, 1939. Germany invaded Poland, having first signed a pact with Russia (the Ribbentrop – Molotov Pact) in which two totalitarian regimes (the Stalin’s Soviet Russia and the Nazi Germany led by Hitler) divided the Central and Eastern Europe between themselves.

The Soviets fulfilled the provisions of the treaty on 17.09.1939 by invading Poland, which was then defending itself against Germans.

For Poles September 1st is a symbolic date that started the entire chain of events the consequences of which are still being felt today. As a result of the German and Soviet invasion and occupation more than 6 million of citizens of the Republic of Poland died in the German concentration camps and in the Soviet Gulag, during street round-ups, the burning of Polish villages and mass murders organised by the occupants: Germans and Russians. Citizens of the Republic of Poland of all nationalities living in Poland before the War – Poles, Jews, Belorussians, Ukrainians and other nationalities were dying. Poland lost more than 20% of its population and more than 50% of its territory. The Germans destroyed Polish industry and the capital Warsaw was completely demolished.

Poles fought against Germans from the first to the last day of the War. They fought in Europe, Africa and in the Atlantic – Battle of England, Tobruk, Monte Cassino, Falaise, the sinking of the  German “Bismarck” battleship, Atlantic convoys – there Polish soldiers fought alongside the Allies. But Poles were abandoned by the Allies. England and the United States betrayed Poland and gave it up to Stalin by signing treaties in Tehran, Yalta, and Potsdam. Between 1944 and 1992 the Soviet army was stationed in Poland. During the first years of  this occupation we fought in arms against the communists. It was a true anti-communist uprising and the communists killed the last partisan on 1963. More than 50 000 Poles were murdered by the communists, and 1 500 000 passed through the communist prisons.

For 45 years we have lived under the rule of an absurd and inhuman regime that did not hesitate to kill people demonstrating and demanding freedom in the streets in Poznań in 1956, in Gdańsk in 1970 or during the Solidarity Revolution in 1981.

It is the Solidarity Revolution that won rather than the fall of the Berlin Wall that was the end of communism.

We are still fighting the remnants of the Moscow regime.

That is why September 1st is so important.